Everything and Nothing, all at the same time 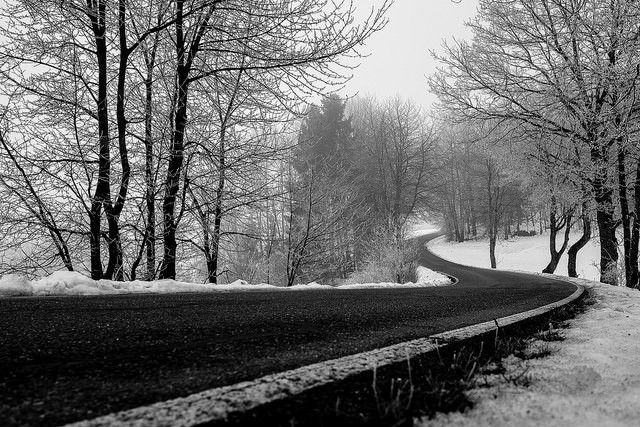 When I started my blog in July of 2015, I was also dealing with cancer. I didn’t want to bring it up in the blog, and I didn’t include it in my “list of topics” post because, at the time, I didn’t really want to talk about it much. The cancer and the treatment had taken over so many other aspects of my life already, I didn’t want it to invade yet another space. There was already a pretty good amount of information about the experience of cancer out there: websites, blog posts, forums and communities. I didn’t have anything new or interesting to add, so why bring it up?

It’s a bit ironic then, that the return post to my blog is on the topic of cancer. In a way, it did invade this particular space; first, by draining me of so much energy that I couldn’t even think about writing anything for this blog (no matter the topic), much less actually form coherent sentences, and then again, in influencing my “return” post. But, if this is the only battle to cancer I lose, I’ll be more than thrilled.
So here I am, nearly a year from my last post (now you know why!) talking about cancer… sort of.
When I started writing this post, I almost capitalized the first letter in “cancer”. I’m not sure why; it just seemed like it was supposed to be capitalized. But then I decided that, regardless of what was grammatically correct, I refused to capitalize that word. I refuse to give it any more weight than it has already had in my life. Which is the entire basis of this post — the weight of an illness that isn’t there, of a word that no longer applies.

The good news is that I’m technically cancer-free now. I was diagnosed as Stage-2 Hodgkin’s lymphoma in March 2015 and underwent 6 months of chemotherapy. After 2 months of therapy, a PET scan showed no signs of metabolic activity. Chemotherapy was continued, but I didn’t need radiation. After my last chemotherapy session in Sept 2015, a CT scan showed no signs of the disease and my doctor declared me in remission, and sent me on my way. (In a manner of speaking. I still go in every 6 months for follow-up blood work and exams). I was cancer free, chemotherapy was over. All done, yay! Right?

Well.…kind of.
One might think that six months of chemotherapy would be considered the “worst” of dealing with it, and that wouldn’t be an incorrect assumption. Chemo, while not as bad as I had feared, was still pretty damn awful and not an experience I ever, ever want to relive.

But as deeply unpleasant as the experience of chemotherapy was, at least I knew what to expect. While it’s true that no two people’s chemo experiences are the same, and you cannot predict just how your body will react, there is at least a list of symptoms to expect. You have some idea of what’s going to happen, and for the most part, there are drugs and remedies for those symptoms. My doctors and nurses at the cancer center in Orlando were incredibly supportive, as were my friends, family, and the internet in general. There was no shortage of sleepless nights, whether from pain or anxiety, but at the same time, when I had (sometimes irrational) fears or questions about what I was going through at 2 am, I could check blogs and post to forums and have answers and reassurances, often within minutes.

Treatment might be painful and exhausting and uncomfortable in ways I didn’t even realize were possible… but at the very least I had the solace that I was actively doing something to work against and fight the cancer. The cancer is going away; I’m getting better.

It’s the aftermath that no one talks about or can prepare you for. The doctor tells me, with a smile, that I’m considered in remission, that things look great, and to go “live my life”.

Easy for him to say. Easier said than done.

I understand his sentiment; I really do. I appreciate the well wishes.

But (there’s always a “but”)…you don’t just “bounce back” from chemotherapy. You can’t really “live your life” , at least not like you did before. I’m not trying to be all doom and gloom and say that things won’t ever be good, but they won’t be the *same*. There will always be the specter of “what if” hanging around. The specter fades, becomes less pronounced, over time. Eventually. But it still takes time.

No one can tell you how long it takes to recover. No one. Everyone is different. Each person reacts to chemotherapy differently. All of the official literature says “6–12 months” to recover from chemo, but even the literature admits that is, at best, only an estimate.

While there is a good amount of information on the web regarding how to deal with the effects of cancer treatments, I’ve found much less on the topic of recovery. There are fewer stories in the lymphoma forums from survivors, not because the survival rate is low (on the contrary, lymphoma is now considered one of the most curable of the cancers and has one of the highest rates of being cured), but because survivors just don’t visit the forums as often, myself included. I imagine it’s a mix of not wanting to relive that experience and just not thinking about it anymore.

Of course, there are bits of advice here and there, but they’re all pretty boilerplate; “Get rest, eat right, try to exercise”. For example, the American Cancer Society website, which is fairly extensive, doesn’t even have a clear section or area discussing post-treatment.

Recovery from chemotherapy, from any cancer therapy, from the very experience of having cancer itself, is not linear. It is not a matter of just “getting back to normal”. As much as the survivor (I, you, someone you know) wants to go back to their old life, it’s just not going to happen. Recovery, in my experience at least, is as much about healing (physically, mentally, emotionally) as it is about finding the new normal.

But there’s this sort of…guilty feeling over that failure to get back to normal. You should get back to your old life, right? You beat cancer, maybe you beat the odds! You survived. So… why aren’t you taking back your life?

It sounds silly to type it all out now, but when you’re in the moment, when you’re dealing with hormonal derangement, chemical imbalances, and pure exhaustion… the craziest of thoughts can seem normal.

In my scouring of the internet for information on dealing with the after, I found more questions than answers. There was no shortage of people asking questions about the process, but it didn’t seem there was much information to follow. It seemed there were more people, like myself, wanting help and information and just some idea of how to get through this new part of the “cancer journey”, than there were answers.

Over the past several months, I’d toyed with ideas, written and re-written blog posts on the process of recovery dozens of times. But I’d never gotten to the point of actually being able to clearly articulate and post those thoughts. I think, in part, I still had that fear that what I might say or post just wasn’t that important.

It took a friend posting about her fears and questions on the process of recovering from cancer and chemotherapy, for me to realize how important (and maybe even necessary) it is to put my own experience out there. I thought it might be helpful not only for other survivors, but for their friends and family, as well. When something as overwhelming as cancer affects an individual, it affects the other people in that individual’s life as well. In fact, a recurring theme I saw through the posts and forum discussions about the post-cancer experience was how to get the well-meaning but oft-uniformed individuals in a survivor’s life to understand what they were going through.

As much as I hate the phrase “journey” in regards to cancer, the recovery aspect is a journey. It is a long and winding road. And it may even be a journey that never really ends, but instead continually evolves.

Because even when the disease itself is gone, cancer remains a part of life for survivors and their loved ones and that continuing experience needs more openness and discussion.

No two survivors’ experiences may be the same, but perhaps, through discussing our experience and being open with your thoughts, we can help each other through the ever-winding and sometimes dark road that is post-cancer recovery.

Maybe in providing support and comfort to others, we can find it for ourselves.

If you’re a survivor, feel free to join the conversation now and share your post-cancer experiences and stories in the comments.